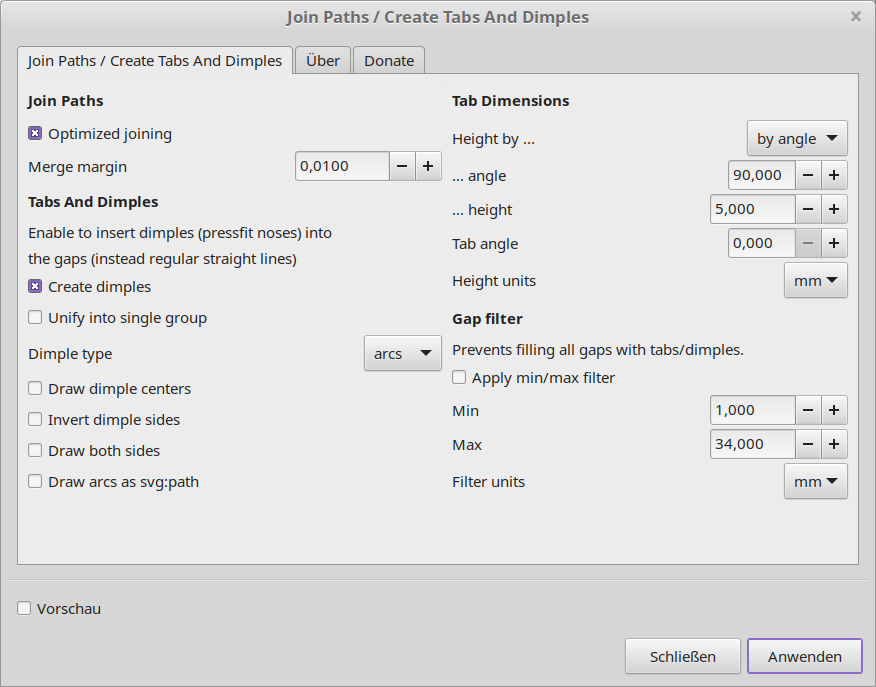 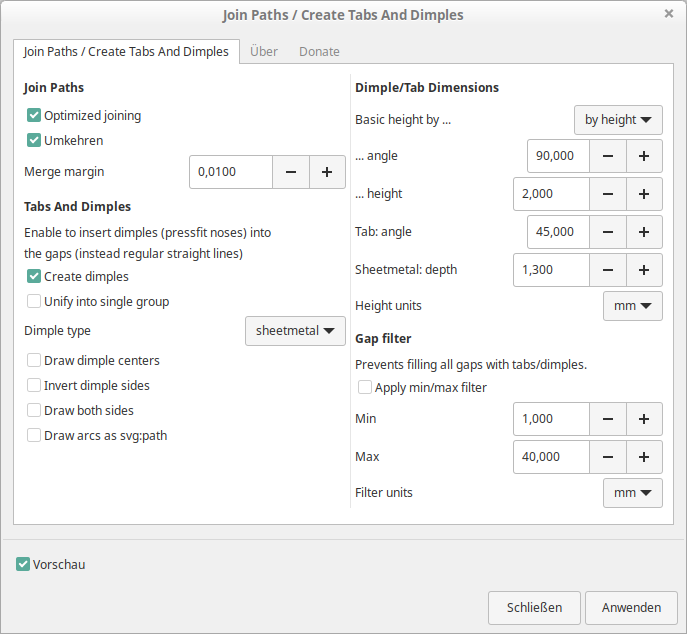 This extension works on the selected paths. The paths will be joined based on their Z-order (i.e. the lowest one in the document first and then the next one and so on) at their end nodes with a straight line segment. If the ending nodes of the paths coincide, they are merged and no new segment is created. If you check the option "optimized", the paths are joined starting with the one with the lowest Z-order (one at the bottom most position in the document) and the successive paths to be joined are chosen based on the distance of their end nodes to the ending node of the earlier path, i.e. the one with one of the end nodes closest to the ending node of the earlier path is joined to it. See also Line Merging (Combine Paths), Close Paths and Chain Paths for similar tools operating on path closing and joining. 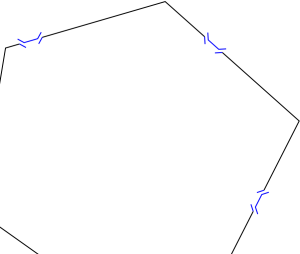 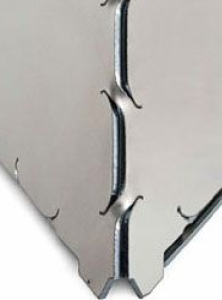